You need a team of all-stars — people who can take your business to the next level and help shape the kind of organisation you want to become.

If each of us hires people who are bigger than we are, we shall become a company of giants Click To Tweet

Before you start sourcing candidates, you want to make sure to do a good job at defining the position. Often times, companies throw up a generic job opening for a marketer or developer, which doesn’t really help the candidate decide if they want to work for your company or not. Since remote companies don’t have a local reputation, it’s up to you to sell your company just as much as the role.

When it comes to defining the position, the best way to do this is to first fill the position yourself, even if it’s only for a week. The work you do will help you understand what’s involved in this role at a much deeper level.

This is a trick that Basecamp (formerly 37signals) uses when hiring for a new role. Jason Fried, the company’s co-founder, recently explained this practice in a Reddit AMA.

When it comes to an all-new position at the company, we like to try to do it first with the people we have so we really understand the work. If you don’t understand the work, it’s really hard to evaluate someone’s abilities. Before we hired our first customer service person, I did just about all the customer service for two years. Before we hired an office manager, David and I mostly split the duties. That really helped us know who would be good when we started talking to people about the job.

By doing the role you are hiring for you’ll also be able to write a more compelling job description and be better able to define how the role relates to the company and its success.

As a result, your job posting will be a detailed listing that explains the ins-and-outs of what you do as a company. This might turn some people away, but those people wouldn’t have been a good fit anyway. Instead, you’ll get applicants that are much more invested in being a part of your company.

Also, in the job posting, ask them to apply in a unique way—don’t just ask for CVs. Instead, try to make the application process prove their abilities for the job.

For instance, when Zapier were hiring for a business development position they had candidates complete a series of short exercises that tested the basics of the role’s partner duties. And rather than asking for a cover letter upfront, they asked them to write a sample pitch email to a partner.

People excited about your company are willing to complete these extra tasks, often with enjoyment. Those who aren’t a good fit just skip your post or forget to do it so, turning the unique application process into a filter.

When building your business, every link added to the chain should be equally as strong as the one before. Spend time developing a method for hiring; it’s of profound importance to building and growing your best team.

FROM THE TEAM AT 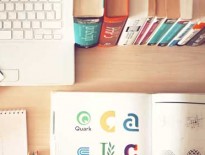 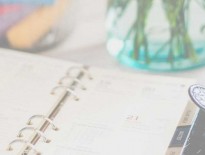 VA Tools Hiring a Virtual Assistant, both sides of the stor…
0